Close to a month ago I was approached by Tracey about commissioning a self-portrait. She's never commissioned work before and was curious how the whole quoting/pricing thing worked. At the bottom of the email, were 2 urls, and those blue underlined characters led me down a rabbit-hole of some very and I mean very, nsfw stuff. Here's one of those links if you're intererested -> Mistress T 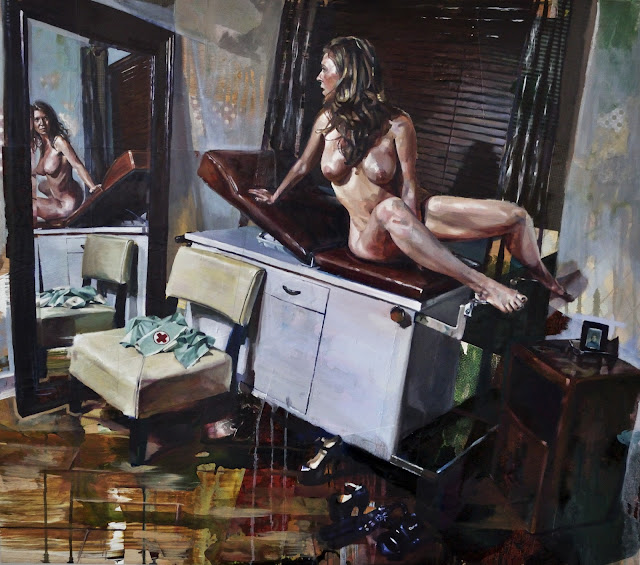 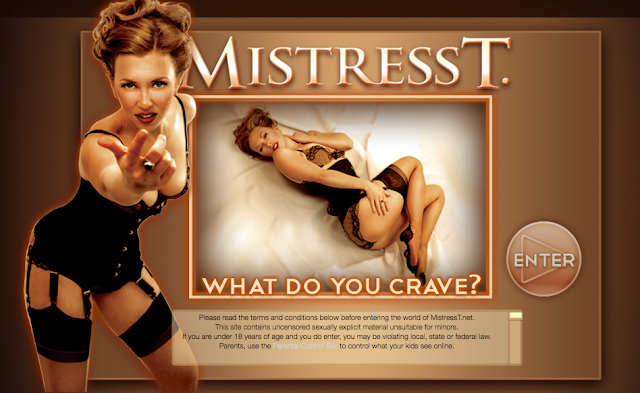 For still lifes I wanted to have some intense femdom kicks so I went through her elaborate collection of shoes to find these Louboutins which apparently are seriously expensive. I illustrated her position in the foot fetish niche by placing one of the shoes around her money maker - her camera. Placed in the side of the shot is a small photo of her mother. Through our q/a I found out that her mother played as the catalyst for her open and comfortable lifestyle. And poised around the frame are a pair of glasses representing voyeurism, which were point at her lady area. More fun parts of the piece were the nurse get-up from Madame S Leather, San Fran and the medical examination table she had in her bedroom. And yes, there's an alternate portrait painted in the reflection, but I won't tell you what it's about. The painting's for her not you, so lay-off. 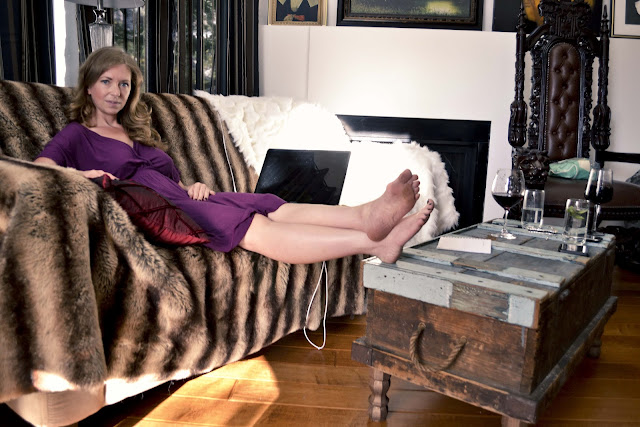 Some of the beginning collage bits. 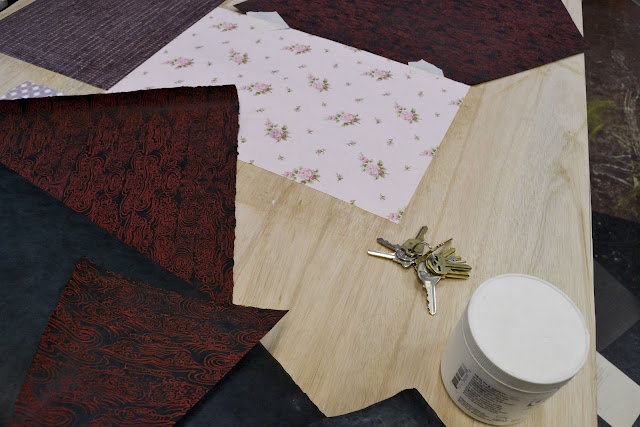 Always to remember to coat both surfaces before you drop it in. Thank me later for that juicy nugget. 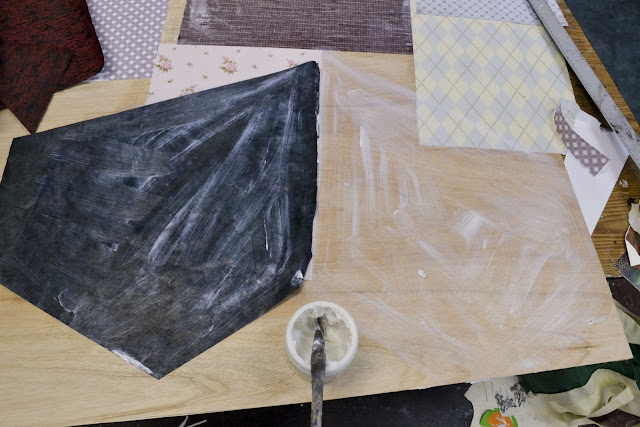 Pieces are in place and a flat pour is added at the end with pouring medium. This is the last surface prep technique I dropped before rendering. 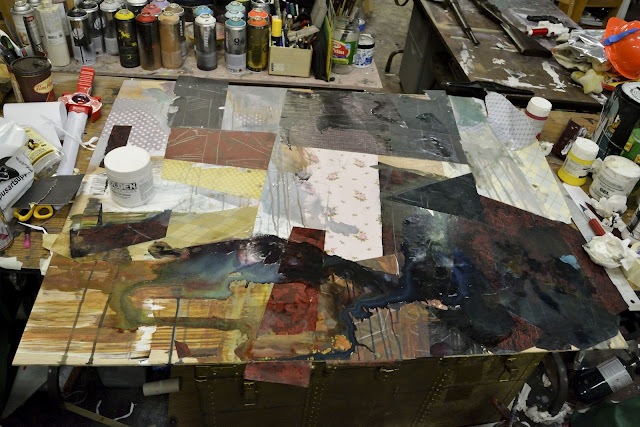 Painting her I used mainly alla prima techniques. You can see how I'd block in basic temperatures and later add a complement to make it a skin tone. By laying down these basic colours first I knew which tertiary to shift my skin tone towards. Doing this made things go very fast and it felt mad fluid. 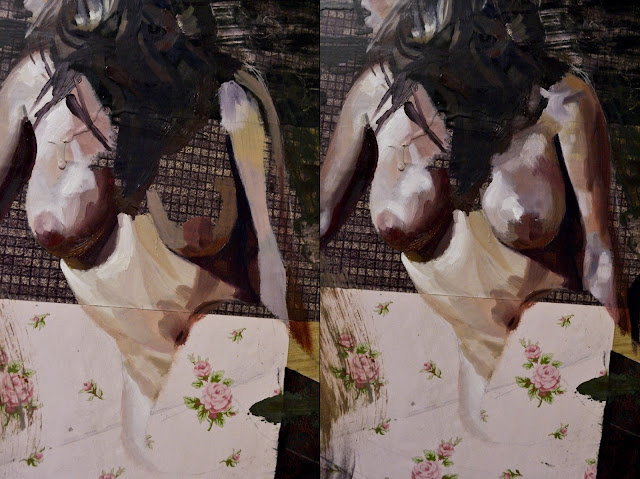 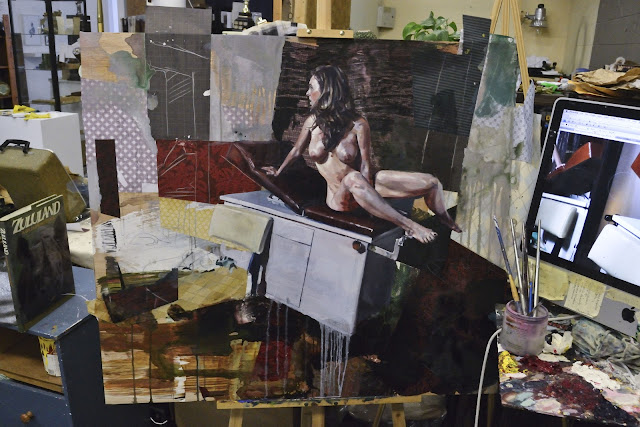 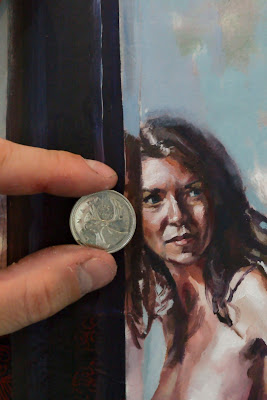 Probably the least personally-favourable parts in this was painting that tiny freaking face. Cost about 3.5 hours and later, a bottle of Jack. Tracey just came by this afternoon to check things out and make sure I didn't get carried away. I'm happy to report she was jazzed about everything and especially that tiny little portrait. This makes for one of the best commission-based pieces, in that I had full control over it, was given full trust and our final consultation didn't have lofty retouching requests (those are the worst). 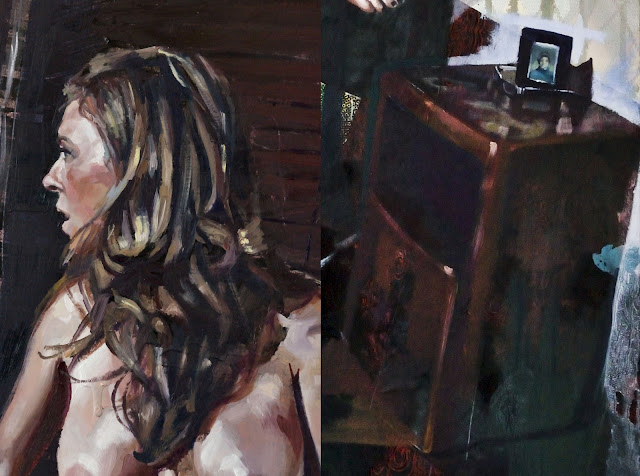